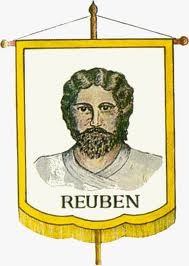 Colleen and I were discussing the lessons of Joseph in Genesis one day on the way to a meeting. She thought God whispered,

“What about Reuben? Was he of lesser importance?” Colleen pondered aloud.

“He had a conscience and kept Joseph from being killed as well as united his family later in the story,” I responded.

“That might be a false expectation if we draw the same conclusion and see ourselves in the light of Joseph’s life that we, too, will be exalted and rule over all of Egypt as he did or be an American idol or something equally as prestigious.”

“Yes, that would be a false expectation and yet the character lessons were an important demonstration.”

Together we concluded that our individual purpose and destiny is given only by God. We’d all like to follow a “how to arrive guide” but even if you recognize some of the same tests and patterns in your life, it’s the glory of God to conceal a matter and the glory of kings, (us), to search it out individually to our particular conclusion. Joseph’s word tested him until it came true. It seemed very unlikely that his family would bow before him one day.

Seek God for a specific word for your destiny. He will reveal it.

When I wanted to know my gift or call, I badgered the Lord constantly like the one who went in the middle of the night to borrow loaves of bread for his guest. Persist until you find out.

I remember praising the Lord on my jogs in excitement that His Spirit, gifts, and revelation are still alive today. I asked Him for my call even if it was much later on.

He revealed it to me in a typewritten sentence in a dream. You may receive yours when a scripture jumps off the page to you, a prophetic word, or any number of ways. He may give a clue or a piece of the puzzle. Each one of you are unique and made for a specific task.

“From one man he made every nation of men, that they should inhabit the whole earth, and He determined the times set for them and the exact places they should live. God did this so that man would seek Him and perhaps reach out to Him, though He is not far from each of us.” (Acts 17:26-27)

Are you a Reuben or Joseph or Benjamin? You are all important in His plan. If God determined your time and place to live, He determined your work and call in advance. Seek Him to know it if you don’t yet because what He reveals about your destiny, no one can steal from you!

What makes some victorious in their destiny? The ones who kept believing in their dream even when no one else did.

This entry was posted in Living Your Own Identity. Bookmark the permalink.