When Holly prayed for the gift of understanding at age eight, she had no idea how God would answer in the coming years or what embracing this gift might cost. (Prov. 4:7b) A profound transformation of thinking came through hardship, loss, and an extended period of caring for the sick. Holly emerged from this season with an overcoming outlook, an awakening to God’s kingdom, and identification with others. Each trial had an application from the Bible to follow and inspire her perseverance. Her joy now is sharing about the unsearchable riches of Christ, transformed thinking, living your own identity, and persevering faith. During this process of change, God taught Holly to hear His voice and be led by His Spirit. Once shy and insecure, God formed a voice of communication to appropriate His truths from her journey.

She now believes the Bible is alive and God wants to express Himself through each of us. In seeking to know and understand God, Holly came to discover her true self. She enjoys sharing with others how they can know God intimately and discover their identity and purpose. Love motivates her and a childlike excitement leads her to clues for releasing God’s kingdom perspective on earth, leaving old patterns and worldly values behind. Her prayer is to be able to share the secrets and tools she learned through this season of her life and condense the time it takes women to reach their destiny.

Holly has been married for thirty seven years with two grown sons. Personal interests include jogging, fishing with her husband, driving in the mountains, eating thin-crust pizza with friends, and listening to 70’s pop music which she sometimes incorporates into her teaching. 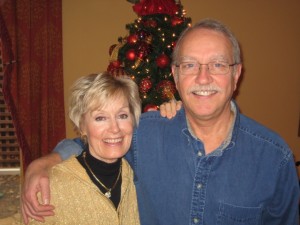 Alan and I have been through thick and thin together. He has been studying Hebrew for 14 years now and recently retired from commercial real estate. He is my best friend as well as a wonderful husband. We have been married for thirty seven years.

Spencer, my oldest son, was a musician in Seattle, Washington. He composed his own music and had 30 music students he taught guitar. He just moved to Louisville, Kentucky and is currently attending Bellarmine nursing school. 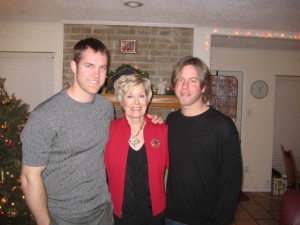 Travis, my younger son is a personal trainer at Fitness 2000 in North Richland Hills. He is a body builder and enjoys martial arts.