The Courage to Be Me

In biblical times, when a country defeated another, they deported all the leading men of the land including royalty. Only the poorest of the poor remained behind to work the land. The practice of exiling was a period of forced or voluntary removal from your home or country.

Similarly, a part of my true self felt exiled from my homeland as a result of cultural stereotypes. The culture of the sixties proved a confusing time for a girl to grow up. Often women were discriminated against in many areas of their lives from jobs to equality as a person. It was definitely a man’s world. Some men, not all, took advantage of this fact.

Forfeiting my bold and confident persona, I fell into the submissive role of being good and pretty. After all, that’s what women should be, right?

The only problem was I couldn’t express myself or teach anyone how to treat me since creating conflict would not be good. Suppressing emotions and trying to conform to my captivity proved difficult.

The pretty part was a trap, also, because it bred competition and comparison among girls. Many cartoons at that time had lines about who would be the fairest of all. In reality there would always be someone prettier, smarter, or thinner. We needed to learn to unite and affirm each other.

Glancing at an old journal as I cleaned out my office took my breath away. It was a dream from 2006 which clearly illustrated the cultural duping and wounds resulting.

I first saw a Barbie doll which seemed to represent the present time and model for women to imitate. She looked so perfect and pencil thin. I thought of the anorexic cases prevalent today perhaps as a result of this model and the unreality of being a princess with endless parties to attend. 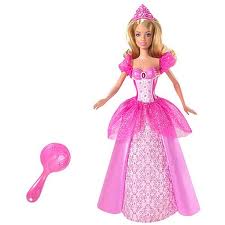 Barbie faded in the dream and morphed into my childhood doll of the sixties era, Patsy Ann.
Her name struck me as significant. Looking up Patsy in the dictionary revealed the following: a person easily taken advantage of, a pushover, easily manipulated, victimized; soft touch. Was this name symbolic of a cultural stereotype at the time? 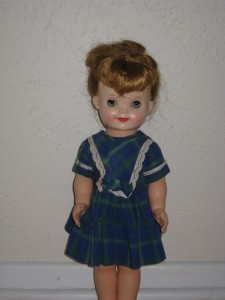 Next scene, I am trying to fit some ballet shoes on Patsy but they were not going on easily. Ballet brings back great memories of the joy of dancing with a childhood friend. However, Patsy Ann’s feet broke as I tried to force the ballet shoes on her feet. The dream ended with broken ankles and shoes off.

Instantly, the interpretation dawned on me. I was like Patsy, even trying to put a happy dance to this role I felt compelled to play. It would not work because a patsy is not who God created me to be. I had tried to accommodate others much of my life and had no confidence left to follow through with my purpose. Compromising who I was made to be had taken a toll. The Lord showed me that I need to be all He created me to be and that cultural stereotypes are not His truth. He has a mandate for each of us to fulfill. (I Cor. 12:7)

I received a dream that same year which only spoke the words, “Do you want Sweet’n’Low or Equal?” God wants us to be equal. He is calling us to do one thing excellently. This is our Isaac, the baby of impossibility that only God could provide the ability to do.

Finally, this scripture caught my attention during my devotional: “You turned my wailing into dancing; you removed my sackcloth and clothed me with joy.” (Psalm 30:11)

I would not try to be good in my own strength again. I removed the masks. I knew I was nearing home.

This entry was posted in Healing. Bookmark the permalink.