A Great Line of Demarcation 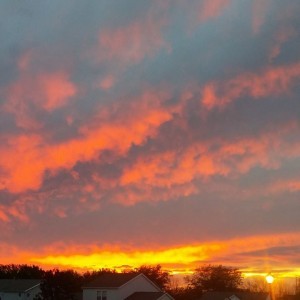 I felt like the Lord was talking to me about a great line of demarcation similar to the Alamo when Colonel Travis drew a line in the sand in his last battle. Travis drew a line in the sand demonstrating he was all in, no turning back or compromise and encouraged the rest of the garrison to join him. God is drawing a similar line now of a greater commitment. Malachi 3:16-18 says a Book of Remembrance was written for those who feared the Lord; In that day they shall be mine when I make up my treasured possession. Then you shall see the difference between the righteous and the wicked, those who serve God and those who do not.

There is coming a tsunami of my Spirit to combat the evil in the land. It will turn back the enemy at the gate. It will arrest all the wolves in sheep’s clothing-whatever is hidden will be made known! The refining has begun and is coming to the surface in order to be skimmed off-skeletons will come out of the closet; I am regathering the exiles from all the places I’ve scattered them to bring them back to My Holy temple. They are ready to draw near to Me-I am gathering My remnant, the treasure and apple of My eye into a great army to defeat the powers of darkness in the world. My army will be made up of many prodigals who have experienced the emptiness of other pursuits and have returned wholeheartedly to Me.

Proverbs 21:22 A wise man attacks the city of the mighty and pulls down the stronghold in which they trust.