Echo in the Park 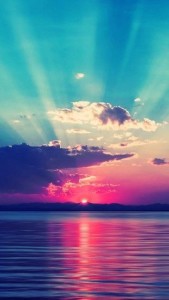 Judges 3:1-4 tells us that God left some enemies in the land in order to teach the descendants of the Israelites who had not had battle experience spiritual warfare and to see if they would obey his commands.

My husband and I received a prophecy from a well known prophetic voice at that time, John Paul Jackson, who informed us that we would be counterparts in the ministry God had for us and that we would spend quite a bit of time going back-and-forth to Kansas City. Shortly after we received this word, we felt a call to go to Kansas City. Kansas City Fellowship was a branch of the church that we attended in Arlington, Grace Vineyard. We were looking forward to it as Mike Bickle was a dynamic nationwide speaker and had begun Ihop, a 24 hour International House of Prayer.

Alan left a lucrative commercial real estate business with savings intact and our two sons who were five and six and moved to Kansas City. We assumed that we would be given a position on staff at some point. We did our part in volunteering, our oldest son came to the Lord while we were there and I learned how to homeschool. There were many deposits made in our lives in KC but my husband experienced failed expectations as far as the timing of God and open doors of ministry. Alan is an introvert in that he draws strength from spending time in solitude so he may not have walked through some of the doors opened to him. But all in all, our finances were getting low after 18 months and he was feeling anxious, looking for a sign to return to Texas and the real estate business. I received a dream: A mockingbird was confined to four walls and kept hitting the walls, would fall down and fly again and hit the wall never getting anywhere. Alan heard mockingbird and jumped to the conclusion that it was the Texas’ state bird which gave him the sign he needed to go back to Texas. In reality the dream probably meant that we would go nowhere in Texas and be confined and perhaps mocked on our return. I did not think we should return but Alan was ready to pack up the kids and leave for Texas. On the way back we heard Mike Bickle’s sermon calling all the people who had come from out of state to his church to meet with him so he could incorporate them somehow or ask them why they thought God had sent them there. Mike said he felt God convicting him that he had not used the people God sent to him. It was too late for us as we were already enroute back to Texas.

We began looking for a house to lease until we knew where we would be. The rental market was tight as a drum and there was nothing clean available. Alan’s mom, Ida, had just lost her husband of over 50 years. She offered for us to put our furniture in storage and stay with her for the summer as we continued to look for a house. This idea confirmed what we thought God was saying to do so we consented. I knew I was on assignment. God’s agenda for me was to follow his will completely and to love. I’ve always thought of myself as a loving, easy-going person. It is easy to love those you love but not so easy to love those who might be prickly, bitter or have a negative outlook.

Alan’s parents and grandparents as well as my grandparents had been involved in freemasonry so that was another thing that needed to be prayed off generationally while we were there. We were not at Ida’s home but for a short time when she broke her neck and additionally had to have several knee replacements. I became her caregiver overnight. My mission would have to be put on the back burner.

Alan and his mom had similar personalities in that they were both very intelligent and introverts. Ida was a Godly woman and Bible study leader but had struggled with depression and a pessimistic outlook. Alan had picked up some of that familiar spirit growing up. As we returned to his childhood home he felt that spirit so strongly on some days it was debilitating. He and I were best friends and I was always able to tell him what I thought I was discerning spiritually but when I explained what I thought this time, he turned away and seemed to drift farther away from me. He seemed shut down, like a dead man walking.

The next morning I went to Chisholm Park to pray on my jog. I was desperate to seek God how to pray for Alan and his mom. I was at my wits end because I had been praying and praying to no avail. I was actually crying by now asking how to pray when I noticed a car pull up into the parking lot. I recognized it as a Ford Focus. I knew this because we had been looking for a car for our teenage boys to drive to high school. When I got closer it was not a Focus but a Toyota Echo. So I continued my plea asking how to pray when I heard, Echo. I said I know it is an Echo not a Focus but then I heard Echo again. I said, “What about Echo?”

The impression was: “Go home and watch the rest of the video about intercessory prayer with Dutch Sheets and he will teach you how to pray against this spirit.”

I couldn’t wait to get home! When I turned on the video Dutch wasn’t two minutes into it when he said after the fall of man the woman would try to manipulate her way under the table or covertly. Have any of you ladies ever felt like you did not want to rock the boat or confront something directly? I have! That sounded pretty accurate to me. He went on to say that at the fall of man the man’s issue was pride and he became bent towards himself as the center. This spirit is called Echo. I couldn’t believe my ears! The God of the universe had directed me how to pray! Dutch went on to say the Greek word for Echo is Ochuroma which means prison of the mind. This spirit operates by the man looking down into himself for solutions, analyzing problems, trying to come up logically with his own solutions, his mind racing ahead in figuring things out instead of coming up out of himself into God’s presence for guidance. Our help comes from the hills and heaven.

In Hebrews 10:16 it says, “I’m making a new covenant with them; I will put my commands in their hearts, and I will write them on their minds.” God wants to teach us how to be led by His spirit.

Next Dutch was going to teach how to pray and the model for that prayer is II Corinthians 10:3-5,“We have divine weapons to demolish strongholds. We demolish pretensions, arguments, speculations, vain imaginations or anything that is raised above the mind of Christ and we take every thought captive and make it obedient to Christ.” Whatever issue you see on that person that governs their life you are to pray to demolish and rebuild a renewed mind from the Word. Prov. 21:22 says “One who is wise can go up against the city of the mighty and pull down the stronghold in which they trust.” For example: We demolish you introspection, pride, generational mindsets, calculative reasoning, philosophies, control, domination, victim mentality, negative outlook, self protection, self-hatred, conventional wisdom, materialism, rebellion in Jesus’ name. Anything that has been raised above the mind of Christ we tear you down and put Jesus back on the throne of their lives. Keep chipping away on the strongholds because it is a process but they will come down and have a whole new mindset!

Next, I pray to bring their thoughts back captive to the obedience of Christ. I stand as a shield against the schemes, plans, plots, deception, blinders of the enemy. I plant myself as a shield that the enemy can no longer get through. I bring their hearing under obedience. I pray Lord to flow through me and hit the bull’s-eye so that darkness does not master their thoughts! They will comprehend and apprehend God’s will and can enter the Holy of Holies and commune with God and get Kingdom guidance.

What do we need to know as a result of this experience? God wants to give us the mind of Christ (His perspective) His ways are higher. He wants to break conventional wisdom and lead by His spirit. We aren’t to lean on our own understanding and see what we are going through as training. He is conditioning us for the position He has for us. He might allow failed expectations at times to break self-reliance so we can follow and obey Him.

Why do we need to know this? So that we don’t turn away in rebellion or give up. Persevere! This stronghold will fall.

Why do we need to pray this? Not to waste our suffering. There are works planned in advance for you to do and people coming in your path-this isn’t just for you! He wants you to come into your purpose and He is making you into a prayer warrior, a weapon fit for its work. Your pain is another’s gain.

What would the Body of Christ be like if they knew the Christian life involves believing in God’s promises no matter what is going on in their lives? Trusting God as our pilot helps us become broken of our own ways where He can flow more freely through us. Jesus learned obedience through suffering.

In conclusion, Ida had a dream that I graduated from my school of training and we were moving. We felt a release to go and moved her to a nice duplex. Her house sold in a few days. She graduated to heaven a few years ago as a changed woman who met her Maker more than a conqueror and full of faith! As a result, my husband and I counsel people for freedom out of our home with documents written about the things we learned in that confining time. I wrote my first book from my journals in Ida’s house. I want to encourage you that you can change atmospheres for others and bring God’s kingdom to earth with your prayers! My God get all the glory!!

2 Responses to Echo in the Park